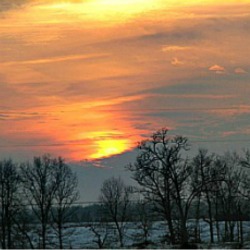 The hardest thing we have to deal with in life is death. We all must come to terms with it in our own way. It is an important part of life as the process of the evolution of the Soul.

Although painful, it should not be feared. We each have an eternal
spirit and a consciousness that survives physical death. One life is but a chapter in the Great Book of Life. We endure, our love endures, our memories endure, our families and relationships endure.

Each lifetime is another opportunity to express ourselves, to grow, learn, and experience a multitude of possibilities, a chance to create and follow our dreams.

Death is a transformation, a transference from one state of being to another. Death of the body is the Birth of consciousness into Spirit.

The butterfly is the symbol for transformation.

Our life's journey can be likened to the caterpillar's life journey. He is confined to the limitations of his mundane body until he sets it aside to transform himself inside his cocoon (between the worlds). After his metamorphosis, he emerges renewed and transformed into his new state of freedom and beauty. He is no longer confined to walk upon the ground - he can fly! A new life journey begins!

When someone we love dies, we feel we've "lost" them. It is the most devastating of experiences that we must endure. In truth, we have NOT, nor never will "lose" them. We are only separated by a temporary state of being.

Not only is the death of a loved one hard for us, it is difficult for those who want to console us. Nothing much can console us at that time. We just need to grieve. We can appreciate any support given, but our pain is our own to deal with.

Even though others may share in the 'loss', our grief is personal.
People grieve differently. Personalities and beliefs color the grieving
process.

When my younger brother died, I became upset that my father criticized my mother's showing of grief at the funeral.

They had divorced when I was nine and my brother was seven. Our father remarried soon after and didn't have much time for my brothers and I. Other than when our mother insisted he take us, we didn't see him.

I went to visit him after my brother's funeral. He said that my mother
acted like she didn't care that my brother was dead. I was furious. I
thought - what right does he have to say anything - she raised and
supported us - he did not.

Being the polite child I was raised to be, I simply told him that she
knows that there is no death - so she grieves in her own way. I could
feel him rolling his eyes behind my back. He was a non-believer and
always thought that 'spiritual stuff' was looney.

Realizing that my dad was lashing out because of his own guilt, I let it
go.

I knew my mother was grieving inside although she tried not to show it.
She did her grieving in private. She wanted to be strong for everyone else.

We cannot know the depth of another person's pain or grief. Our
experience and expression of it is an individual process. Although many
grieve over the same person, the experience is an intimately personal
one - and one that we have to learn to cope with - until we meet again
and all pain dissolves into a blissful reunion and revelation. 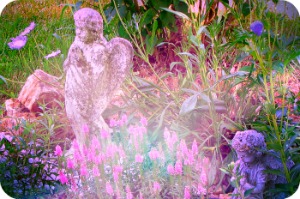 It is important to have compassion for those who give their condolences. It can be awkward for others when they don't know quite what to say but they want to express their sorrow for what you are going through.

People are sometimes hesitant to talk about the person who has passed or the circumstances surrounding the passing because they don't want to upset you further.

Let them know it is okay and that they don't have to tip toe around the
subject. Talking about the person is the best medicine. Embrace the
memories. Revel in how special of a person they were and are. Allow
others to 'be there' for you.

Release yourself from negative thoughts and feelings concerning a loved
one's passing. There is usually alot of guilt and blame being tossed
around or internalized. It is human nature to place blame or to hold
someone, even yourself, responsible.

We have no control over the decisions of another person's spirit. There
is no point in blaming ourselves. When a spirit decides to go, they will go.

People are often haunted by feelings of guilt. We somehow want to make ourselves suffer even more by telling ourselves that we should have or shouldn't have done this or that.

We can tear ourselves apart with guilt - but it is not necessary. I had
an uncle that was so guilt ridden over my brother's death that he caused himself and my aunt years of suffering.

He felt responsible because my brother worked for him and he would take him to bars and let him drink. My brother was intoxicated the night he was killed due to his own bad judgement in that fateful moment.

This was NOT my uncle's fault. He insisted on taking the burden of blame upon himself. He soon had a stroke, then he was found to have brain cancer. He lived many years unable to take care of himself. It's quite possible that he caused his own suffering through self-imposed guilt.

In this case, if accepted, there would have been much guilt and blame to go around. We were from a 'broken' home. Our mother worked two jobs to support us so we were home alone most of the time. We were wild and rebellious teenagers. We skipped school and indulged in alcohol and drugs. So who was to blame? Our parents? Society? Ourselves?

There is no blame. There is only life experience. We are each on our own path, making our own decisions and experiencing our own consequences. This is how we learn.

Of course this doesn't mean we can shirk our responsibilities. We are
accountable for the things we do and for the responsibilities we assume.
We do however have to accept that some things are beyond our control.

Death is much harder to endure in cases of murder. As a society, we
cannot allow this crime to go unpunished. In spiritual terms, we do not
know the circumstances of the event. It is likely a karmic situation
between the individual spirits involved.

Why are some people protected while others are not? Why do some receive miracles and others do not? The answer is in the goals of a spirit. The conscious mind has a limited awareness of it's own spirit. Our spirit has goals that our conscious selves are unaware of.

Please know that there is a Divine Order to all things. We do not live
in a random universe. Life is a beautiful tapestry of Spiritual weavings.

A physical body can be destroyed, but a spirit cannot. All spirits are
eternally safe. We WILL be together again and live many times together
throughout time. 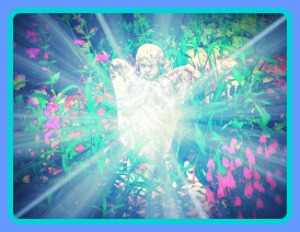 Death of a Son

Letters from my Son