Beyond the Universal Gatekeepers, the Angelics, the Great Masters and the Ancient Brother/Sisterhoods, exists the Council of Light!

They are pure Spirit, pure Light. They are the primary elements of The One Great Mind, the Creator. They have never been embodied as human. From them, all other councils emerge.

All knowledge comes from them. They release conceptual energy for distribution through encoded light waves.

From this High Council originates the Council of Elders. The Elders are representatives of the out-flowing Hierarchies as well as distributors of energetic knowledge.

Council Lineage:
The Hierarchies of Spirit 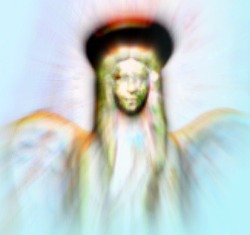 There are High Councils overseeing every universe and life form within creation. They are not E.T.s, they preside in spheres of light, separate yet encasing the arenas of physicality.

These ARE the Hierarchies of Spirit. Truly - WE ARE NEVER ALONE - and we are deeply loved and cared for.

Some choose to "descend" into denser fields to offer the inhabitants there a more direct assistance. Doing so is a great sacrifice because they have to operate within the constructs of the chosen realm while becoming immersed into the cycles of that realm.

For our reference point it would be like a Master Teacher incarnating into the Earthly realm. Depending on the level of immersion (and detachment from the spiritual state), this person would likely become involved with the karmic cycles of the individual, social and planetary mind.

We know that many great Masters have walked the Earth and have reincarnated many times. We ourselves have "descended" from our spiritual selves in order to exist on Earth in this human form. We know the trials and constraints of the physical realm.

The Masters come to help us in terms we can relate to. This is solely out of love and not for their own personal experience.

There are infinite micro councils that are formed throughout the universes all with their own function. There are federations of many types of beings that have united to represent the many different star systems and oversee evolution within those realms.

Keep in mind that none of these councils promote their will. They do not seek to control. That is not their function. They abide by universal law which is decreed by the Council of Light.

They are helpers, advisers, facilitators of knowledge and energy, and sources of inspiration.

Those that have "ascended" into various councils are ambassadors to those upon the Sacred Path, i.e. you and I. Some of these are our guides. They are called Master Teachers. Most of them have incarnated into physical realms.

Our guides form our own personal council called a spirit band. They are our personal helpers during our lifetime on Earth. They do not violate universal laws and agree to work with us without interfering in our decisions. 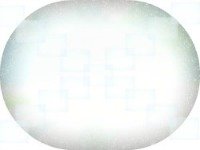 The Council of Light forms and releases energetic "packets" or encoded light. They are absorbed into the Hierarchy and processed. Then they are propelled into various realms, sometimes projected towards a target, such as Earth.

They are released in response to the needs and desires of the arena they are sent to. This energetic knowledge is dispersed into the ethers that it may be perceived. "...for those with ears to hear..."

Those that 'tune in' to these waves of energy, get the coded message. These messages are then filtered through the receiver's psyche. Personal beliefs can color these messages.

The profound statement that "a true shaman has no beliefs," then becomes ever so clear as to why. Beliefs can be barriers to our growth. Although beliefs are a part of who we are, the important thing is to not let them become a limitation. We would do well to always keep an open mind. We can then discern whether to accept something as beneficial, reject as being harmful, or entertain as a possibility.

We can think of these encoded energy packets as thought streams. We live within a universal mind enabling us to receive any thought that occurs in that mind. This is why people across the oceans from each other can have the same thought.

Without being exposed to some physical source, people can come up with the same ideas, concepts and words. Many have had the experience of someone else implementing their idea - whether it be an invention, fashion, a song, tune, story, or even a term or saying, it happens all the time.

We are telepathic because we share the Universal mind. We are connected to it like minerals in a rock.

Humanity is a unit. We have our own Earthly Councils - from governments to groups - we are a microcosm of the macrocosm. "As above, so below."

Our intentions aren't near as pure as those in the Council of Light, but we may get there in degrees e-ven-tu-al-ly.

In contemplating the Council of Light, it becomes clear why the Masters still incarnate on Earth. They are here to uplift humanity.

So many of them are not discovered. They come in quietly, give their service and depart just as quietly. Many come in briefly to plant their seeds of light. Some live long years in quiet servitude - with no fanfare. They are humble. They have no need to feed their ego.

Many endure great suffering in order to 'awaken' others. Is it the homeless man on the street? The child with a devastating disease or deformity? They pull at our heartstrings and cause us to take action.

Many people assume that this is a karmic situation when it may be a selfless act to bring inspiration or awareness to humanity.

Never be so high that you look down on others. They may be doing you a favor. Always be compassionate - you might be called to serve some day.

As the Masters know, it is a pleasure to serve the Council of Light.